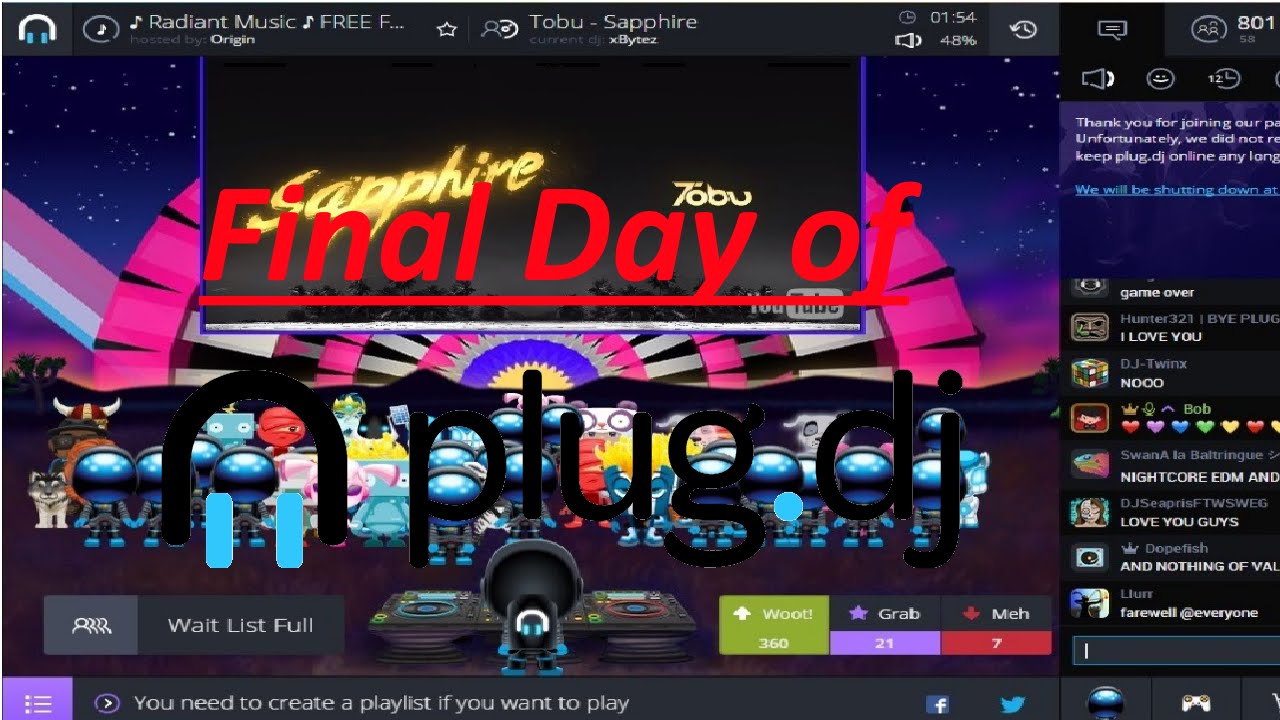 Its back now everyone, dont forget this though. Its history now.

Information on these event’s:

Emotion’s Incoming. 🙁
(So this is my 2-Cents on plug.dj having to shut down.),

So I thought it would be a good idea to record some plug.dj before my favorite website went down forever. And it was a good decision, plug.dj will be forever remembered as the place to chill and have fun with good songs to listen to. So when I found out that
plug.dj only had 70% of its donation to survive I knew it was over and they could not come back as fast with the growing hate on their buisiness practices. They had to do what they had to do guys, but now it doesnt matter they used the 70% to make a bad day like this… a great day to move on with a positive attitude. Now I know plug.dj has alternatives but none of them have the charm that plug.dj had and it is really sad that when money matters suddenly, no one can pay for a “free service” simply because its WRONG to pay for a service you enjoy for FREE especially when asking for 1$ to 2$ for membership, (I realize some people can’t buy them or just do not have the money to get it). Im not worshipping plug.dj neither am I saying we all messed up by not donating, it just sucks to see it go after 2 years (I Joined in 2013) of great fun that seemed to never end. All good things come to an end at some point… Thank You Plug.dj, Thank You.

*The Music in this video belongs to any and all the creator’s who made them, If the video gets taken down I take full responsibility since it has alot of random song’s.

Ones I know of:
1.) The Establishment – Love Like This
2.) Europe – The Final Countdown

(Re-Upload: Replaced the music for “Nero – It Comes And It Goes” dont mind the random song I put instead.)